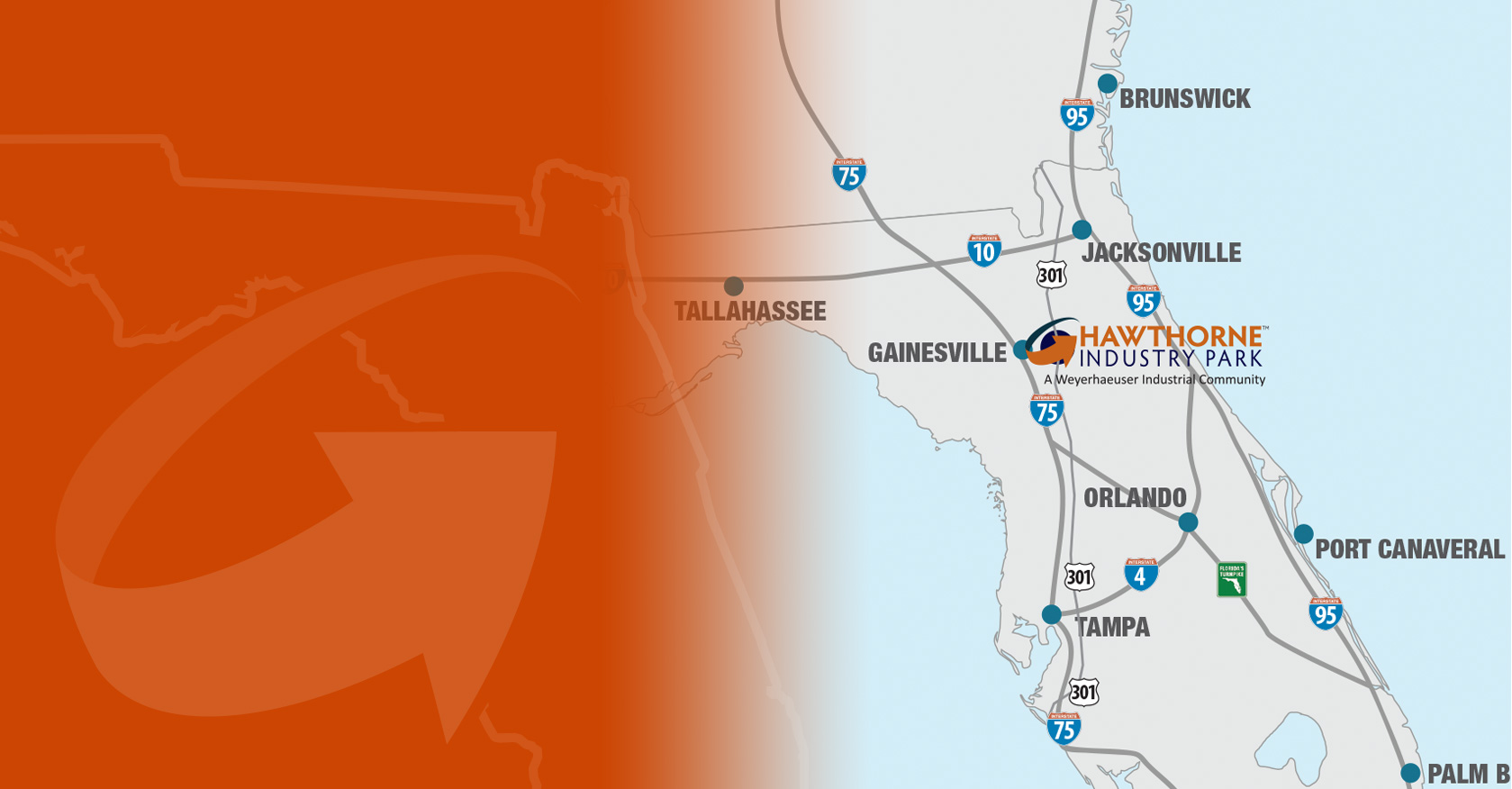 Hawthorne Industry Park is located in the northwest corner along U.S. Highway 301 and State Road 20. Interstate 75 is less than 15 miles, and Interstate 10 is conveniently accessible to the north.

JAXPORT, a 1,500-acre, full-service, diversified international trade seaport with ocean carrier service across all major trade lanes, is only 75 miles from Hawthorne Industry Park. In addition, JAXPORT owns and maintains the Blount Island Marine Terminal, Dames Point Marine Terminal and Talleyrand Marine Terminal along the St. Johns River, as well as the JAXPORT Cruise Terminal. Farther to the south, Port Tampa Bay is well-known for its easy access to the Gulf of Mexico, shipbuilding industry and handling of bulk and break-bulk ocean cargoes. The port offers access via ship, rail and truck.

Florida boasts 14 deep-water ports, giving Hawthorne Industry Park another reason that it is the perfect location.

Hawthorne Industry Park is served by CSX, with its main north-south freight line through the state of Florida connecting to JAXPORT and Port Tampa Bay.